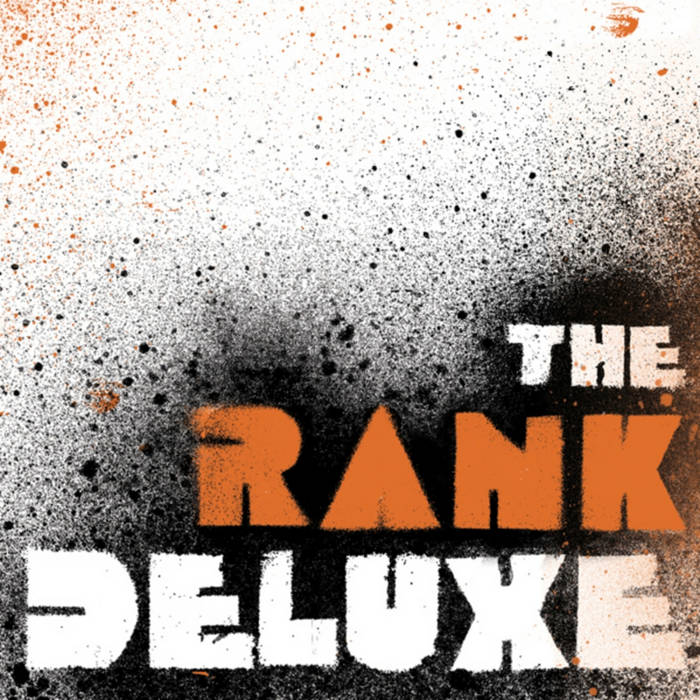 The Rank Deluxe EP’ pulls together the three limited edition 7”s that were released over the summer months.

The Rank Deluxe are an atypical outfit that share as much of an affinity with Grime or Old School UK punk as they do with any of their more immediately apparent musical contemporaries.

Their name is taken from a glamour model’s comment, overheard entering a strip club above the band’s old rehearsal space. "This place is so rank deluxe" she said; apparently meaning the height of scum. Drawn to the multiple implications, they took the phrase as their own. Four 20-something’s from South East London, Lew and Rich grew up on the same estate in Thamesmead, South East London (which was incidentally used as the backdrop for the film A Clockwork Orange), and the band’s current line up formed early in 2005. The band refer to their music as “a sonic picture of council estate youth”, but what so often can seem little more than empty posturing is backed up by an incredibly strong sense of identity, and an aptitude and commitment that is beyond their short lifespan.