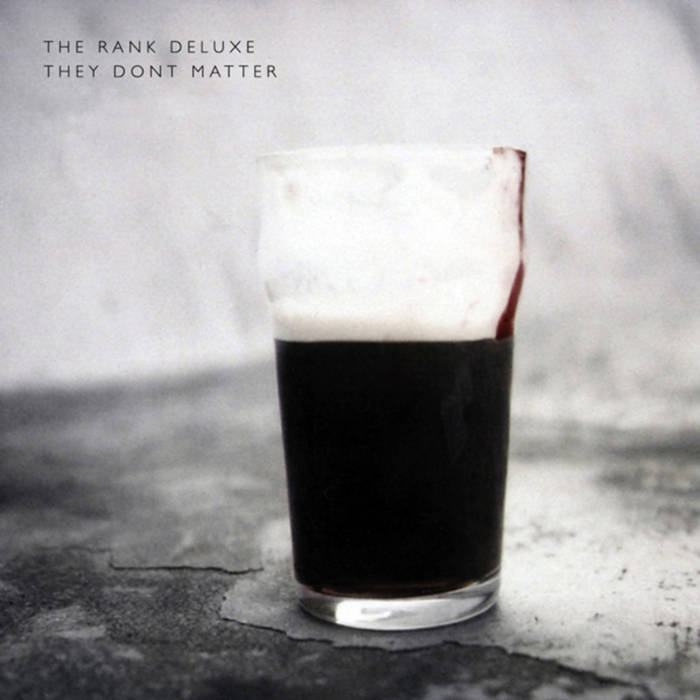 Hot on the heels of ‘Tight-Rope’, The Rank Deluxe fired out the single ‘They Don’t Matter’ through FatCat on 19th May 2008, again taken from their forthcoming debut album ‘You Decide’ (2nd June). It’s backed with ‘End in Mind’, a re-recording of the version that originally appeared as the AA flip of ‘Poorman’s Cab’.

‘They Don’t Matter’ - often introduced live by the band as ‘a song about friendship’, is ultimately a positive affirmation of identity - one of the band’s constant themes, and an angry tirade that sneers at the empty posturing of bandwagon-jumpers and warns of misplaced allegiances. It’s also a proud song, sharing many of the sentiments that made The Smith’s ‘Hand In Glove’ such a beacon of identity to so many. The song’s conjoined lyrics, riddled with double-negatives are spat out at break-neck speed by lead singer Rich, matched to the frenetically catchy hook-line of the song.

At war with themselves and in thrall to no-one, The Rank Deluxe are a melting pot of forcefully expressed ideas with sharp musical and intellectual teeth - not to mention an axe to grind. A furious car-crash of punk-rock, reggae, rocksteady and psychedelia, the forthcoming album ‘You Decide’ is as startling for it’s tunes as the band’s instinctive, intuitive knack for aligning musical and social commentaries that similarly characterized bands like The Specials, Ian Dury or Gang of Four in the late ‘70s and early ‘80’s. Growing up together on SE London’s notorious Thamesmead estate, many of frontmen Rich and Lewis’ formative experiences have ultimately informed much of The Rank Deluxe debut. The song titles speak volumes – ‘Straightjacket’, ‘Tight-Rope’, ‘Even No-One’ – both about the precarious nature of the band’s own internal politic and the world that spewed them out.