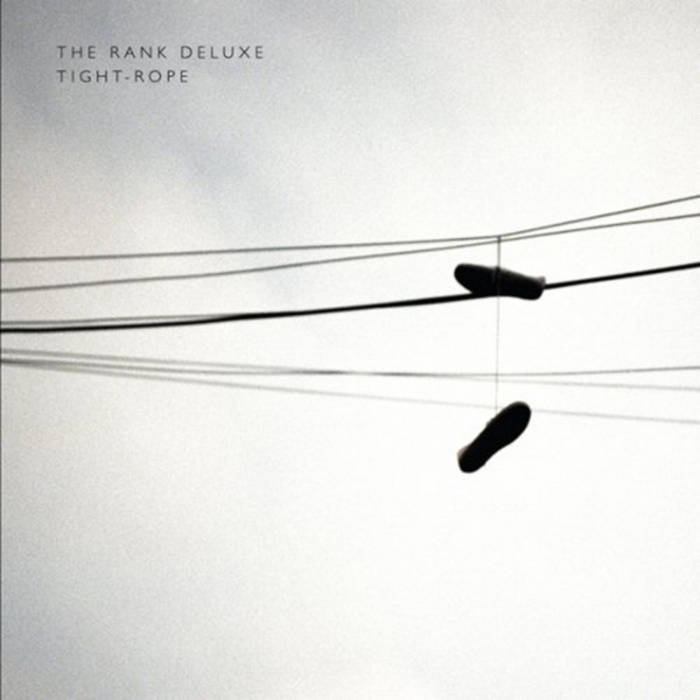 ‘Tightrope’, taken from their forthcoming debut album, is a tantalising taster from a band who’s musical development has moved on leaps and bounds since their original trio of exhilaratingly raw and punchy AA-side singles – ‘Doll Queue’, ‘Style’ and ‘Poorman’s Cab’, way back in 2006. These opening shots threw The Rank Deluxe’s into sharp relief: NME proclaimed the band ‘the rowdiest, angriest punk-rock explosion in the capital’, Uncut described their set-closer ‘Style’ as a ‘thug-rock masterpiece’ while John Kennedy at Xfm made every release a Single Of The Week.

2007 in contrast was been largely spent writing and recording, putting together their astonishing debut album together with producer Mark Rankin (Kate Nash, Adem) in London’s Miloco studios. Indeed, aside from road-testing new material over a summer residency on their home turf at the New Cross Inn, the band played only two other shows this year at the Camden Crawl in April, and the Great Escape in May. The fruits of their labour are finally unveiled on their as yet untitled 2008 debut album, a record that exposes the many facets of The Rank Deluxe – a furious car-crash of punk-rock, reggae, rocksteady and psychedelia.

Bristling with attitude and at war with themselves, the 8-legged argument that is The Rank Deluxe hail from south east London, sharing as much of an affinity with Grime or old school UK punk as they do with most of their supposed contemporaries. In thrall to no one, the Rank Deluxe are wilful, occasionally (unintentionally) divisive, intuitive, and possessing a knack for aligning the kind of musical and social commentary that characterized bands such as The Specials, Ian Dury, and Gang of Four in the late ‘70s.